Success & Shadows: can we succeed without failing?

In your work environment, do you promote a culture of failure or success?

“SUCCESS!!!” You may be screaming right now. And I hear you.

Success sounds bright and shiny, while failure seems shameful and avoidable. In an engaging business narrative, success shows up as the consequence of taking the right steps, at the right time. Failed experiences, on the other hand, lurk around in the shadows, as we try to cover them up.

However, when taking a closer look at real life and business stories, shouldn’t we see success and failure as allies instead of opposing instances?

In this article, I will go over some related doubts, to help us find in our high-tech lifestyle new definitions for these words and concepts:

The main plot in our tech age is “success.” We always consider the future to be brighter and better than the present moment, as if it were a positive, logical consequence of present actions. This is one of the many thesis in Yuval Noah Harari’s latest books, SAPIENS and 21 Lessons for the 21st Century.

We see technology as positive and always improving. The next new, better device is just around the corner. As soon as you buy the new iPhone (or whatever brand you fancy), you can be sure a new edition is in the making and about to be launched soon. In fact, if you scan the recent years or decades of your life, you can’t but admit that you have had hundreds of tech gadgets that made life easier, and they, year by year, got better, faster, lighter or even maybe acquired some form of AI.

On a social level, success comes in highly exposed personal lives in social media profiles. Fascination by celebrities’ lives has always been around – we wouldn’t have paparazzis otherwise. But now it feels like we have private access to the routine of famous actors, singers, and authors. We have been dragged inside people’s lives. And, in a surprising turn of events, we are also fascinated by regular people’s routines. Regular folks gain celebrity and become successful by narrating their lives online in different media. Social media has redefined success and recognition as a community and as a personal experience.

On a financial level, it’s a fascinating world that allows for incredible opportunities, seemingly easy achievable success for a ton of money in return. And we all want a fair share of that! It seems like we can do it too – be famous on YouTube or Instagram – become a celebrity and earn from that. Tomorrow we will have more followers and more money!

But what does it mean to be successful? Why is it that important to us?

May that as it be, success is something the human being strives for. It’s almost a quality seal that approves your past choices and may result in rewards of money and fame.

Steve Jobs’ famous Commencement Speech of 2005 hits amazing points on success (that why it has been quoted and referenced a lot). My favorite part is his take on connecting the dots. Jobs understands success not as a projection into the future as a result of correctly predicted actions, but rather finds it to become apparent as a result of random even mistaken actions in the past:

Why does Steve Jobs talk about connecting the dots? Because he failed A LOT.

That’s NOT how we remember him, though, right? We think of him as a great success story, along with Elon Musk, and Beyoncé – to name a few. But Jobs actually managed to get fired from the company he built and owned. He also took on megalomaniac failed projects along his journey. During these failed experiences, he could not see these projects and events would become steps to a successful story. But later he found out how each failure drove him to success.

When I talk to people of how they want to achieve success, they usually tell me: “I just want to hyperjump! Get me there as quick as possible! Give me a pill! I don’t want to work hard for it.” But is that fame or success?

Failure. Who wants that?

Most companies I have worked in and with tend to have a culture where failure is not exactly the kind of contribution that they reward. On the contrary. Not getting it right can result in being “punished”; i.e. not achieving your bonus, being mocked by colleagues, not getting the promotion you thought you deserved.

Yet, amidst a storm of new ideas related to start-ups and agile coaching, you find that a lot of companies that are successful nowadays have failed often – VERY often in several projects. The light of fame at times does not allow to acknowledge the learning from the shadows of doubt, risk taking, financial loss and well… messing up.

Ron Friedman in his book The Best Place to Work names several examples from Apple to Google that have had a considerable amount of failures along the way – among them, Apple I + II, the Newton personal digital assistant, GoogleX, Froogle, just to name a few. You can find more examples at the Museum of Failure.

But here’s the thing: companies as Apple and Google made it. And their leaders inspire us. It’s very hard not to get inspired by Steve Jobs’ life, for example.

So, what do you do when you are in the midst of failure yourself?

Maybe you had success once, even acknowledge it for what it was, but then moved on to find another challenge? Would you say that you are successful right now in your life? How do you measure that? Check our wheel of life to help you assess where you are right now.

“Our brains are programmed to adapt to our circumstances, and for good reason. Too happy and we’d lack any ambition; too sad and we’d never leave our beds”

Do you know where you are right now? A success curve or a failure curve? Are you inspiring your team mates and colleagues?

If I connect the dots in my own story, I don’t really know where I am at. I get told that I have been successful, but I don’t know if I feel like that all the time.

Personally, I have a tendency to look for things to improve. Maybe it’s a trait of my German culture, maybe it’s a high self-demand, maybe it’s what Agility calls striving for continuous improvement.

I wish I could add to the all so popular American Dream story, like my all favourite Trevor Noah (I am a big fan!) who rose from a poor experience in South Africa to the host of the Daily Show in New York at lightspeed. Do watch a video about his path if you don’t know him – or read his book Born a Crime!

Myself, I was brought up in the countryside in the northern part of Germany, at a time when the middle class in Germany was almost the norm. I had a good, supportive start into life.

Almost everyone in my family has either set up their own business or continued a family run business. In hindsight, that was quite an experience as business talk has always been part at the breakfast table (you know, Germans are big on breakfast).

Despite my supportive head start, it has not always been a joyful ride. In the following years, I had to face a bumpy road of family drama that could easily become the plot of a soap opera.

But to cut a long story short, I moved to Spain in 2003, after I had travelled and lived in several countries including Australia, England, and Mexico. In 2008, I started my own business in Barcelona without knowing too much about setting up a business, nor did I have a network of buddies that could connect me to local prospects. So, I know what it is like to start from scratch, with a low budget.

It was hard, but, when I connect the dots, going through my family drama and launching my own business gifted me a life full of learning. I now empathize more with people’s life stories, as hardship brings us together and makes us stronger, as individuals and communities alike. This is one of the main ways I connect to my clients. I can relate to the challenges they face, and I can help them figure out ways of dealing with these challenges.

It’s a stretch to share this part of my life publicly, as I feel vulnerable about it. But, at the same time, I do believe in my highly held values of transparency, communication and care.

And, as it is my style, I can’t leave you without some action steps to implement on your journey! So, here are a few tips from me that may help you boost your motivation and honor your own success:

Always keen to know how you are getting on! Contact us or leave us a comment below. ABOUT US
FREE ASSESSMENT
WORKSHEETS & MORE Sign up for our Ebook "BOUNCE BACK" and learn how to handle stress, prevent burnout & enjoy life with simple, hands-on tips. 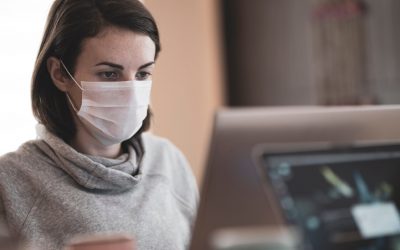 Burnout. COVID. New Normal: How to get yourself back into balance & recover!

By now, most of us share a similar feeling:  we feel drained. For months now, we have been bravely facing the Covid-19 pandemic. I think it’s fair to say that it has taken its toll on us.  No matter your context, you may have been dealing with the stress of the...

END_OF_DOCUMENT_TOKEN_TO_BE_REPLACED 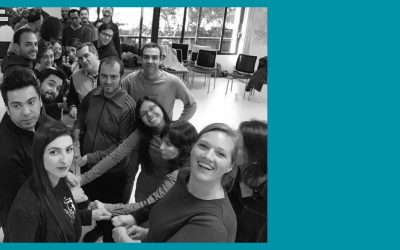 Relational leadership: Influence is trusting and being trusted

We are our relationships. When we foster positive relationships, we create positive environments, develop positive projects and bring positive change to the world. This power of relationships is the base of relational leadership, focused on the leader’s ability to...

END_OF_DOCUMENT_TOKEN_TO_BE_REPLACED 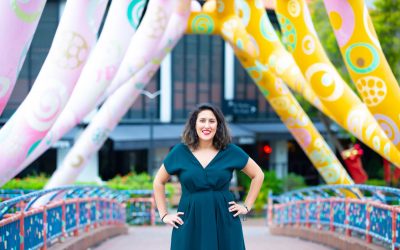 We can always find inspiring natural leaders close to us! In this series of interviews, I’m talking to people who have touched my soul: small business owners, neighbors, friends & colleagues. Those who inspire me to spread the wisdom & insights of our common...

END_OF_DOCUMENT_TOKEN_TO_BE_REPLACED
Share This
We use cookies to ensure that we give you the best experience on our website. If you continue to use this site, you consent to our use of cookies. Usamos cookies en el sitio web de Inbody para garantizarle que disfrute de una experiencia personalizada. Si continúa navegando, consideramos que acepta el uso de cookies en nuestro sitio.OkRead more - Saber más